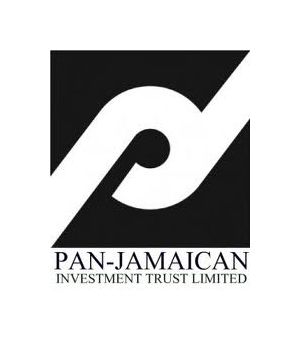 Pan Jamaican Investment Trust, Pan Jam, was formed in 1964 to raise capital by public subscription to create an island-wide operation unrestricted in its investments. During  the same period,  The Hon. Maurice Facey, our Chairman, decided to launch himself into the business of property development. After engineering the sale of his father's highly respected company C.B Facey Ltd.,  he formed Jamaica Property Company Ltd. A subsequent merger between Pan Jam and Jamaica Property  in 1966 formed the basis of the Pan-Jamaican Group.
PanJam has enjoyed many  firsts. In 1965, it was among the first companies to be listed on the newly formed Kingston Stock Exchange. Pan Jam pioneered the development of  high-rise commercial and  residential properties in Jamaica, and in 1969 acquired Hardware  & Lumber Ltd in Jamaica's first public hostile takeover bid. In 1968, the group sought diversification in complementary trading and manufacturing operations, acquiring Wherry Wharf, suppliers of lumber, hardware, awnings and blinds. In the 1970s the group made investments in the Beef and Poultry industries and expanded further into manufacturing for export with the acquisition of Jamaica Floral Exports in 1983. In 1985 the group acquired controlling interest in  Scott's Preserves Ltd,  producers and exporters of gourmet sauces and condiments.The acquisition of Busha Browne, another player in the sauce and condiments industry would follow. The group  also ventured into Tourism, acquiring the Sans Souci Hotel and Resort in 1984.
In 1993, Pan Jam acquired full control of Pan Caribbean Merchant Bank, an investment it spearheaded back in 1982.  In the mid 1990s Jamaica's financial sector crisis provided the opportunity to restructure the group's portfolio. Focusing on key growth sectors  and rationalizing operations resulted in significant growth in the group's financial performance.
Today Pan Jam is comprised of a diversified portfolio of investments, including wholly-owned businesses and investor partnerships in  insurance, manufacturing, real estate, among others.
OUR PEOPLE
We rely on our people – their enthusiasm, their talent, their commitment – to maintain and build on our success. We have developed a culture based on mutual respect and teamwork that promotes personal responsibility and leadership at all levels. We help our people succeed professionally and personally by providing them with challenging and rewarding experiences, and the coaching and learning  they need to help them fulfill  their aspirations.
- Advertisment -