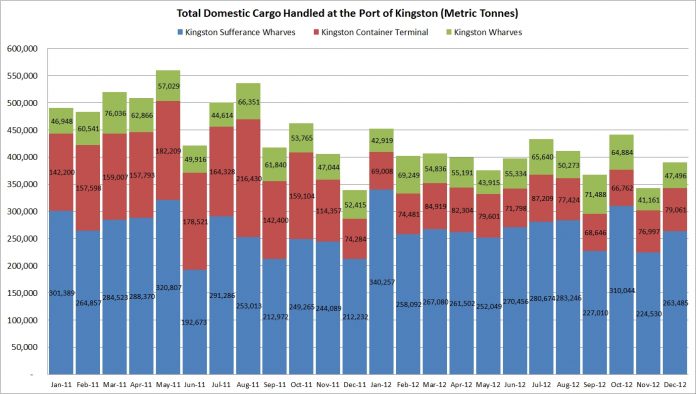 *Information gathered from the Port Authority of Jamaica website

The Image shows the cargo handled at each individual terminal over the period January 2011 to December 2012.  Click on the Image to zoom.

The Motion Chart shows the total cargo handled for the Port of Kingston over the same period. Click on the circle that you would like to track on the motion chart before pressing play to begin the animation. This will allow you to track the change in cargo handled over time.

From the Port Authority of Jamaica:

"Public Whart – A wharf facility which receives, stores and delivers cargo of varying types and usage on behalf of any importer/exporter"