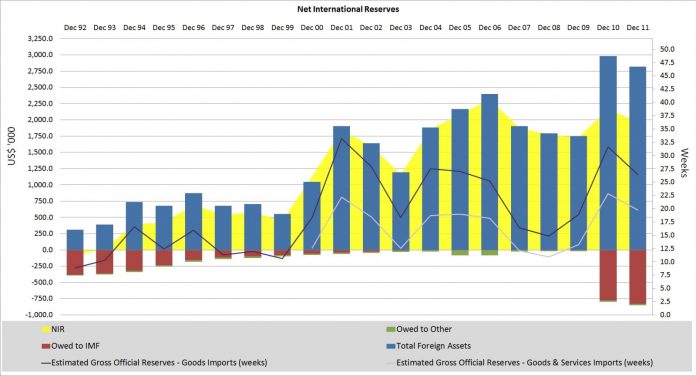 Please note the following movements in BOJ's foreign assets and liabilities in:

1. 2004 were mainly associated with f/x flows from the GOJ Eurobond issue of US$233mln

The Net International Reserves (NIR) are reserves of foreign currency held by the Bank of Jamaica.  The amount of reserves held by the BOJ are often quoted as the number of weeks of goods that can be imported using those reserves.