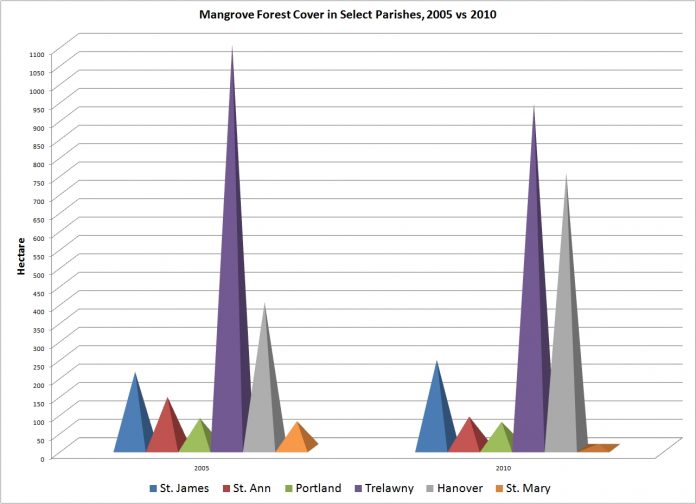 The following is an extraction from the ESSJ 2010:

"Assessments of mangrove forest over the period 2007-2010 were completed by NEPA (National Environmental Protection Agency) during the year.  Comparisons of the data (vs. 2005) showed that four of the six parishes assessed recorded declines in mangrove forest cover relative to the previous period. The loss of mangroves increases the exposure of coastal assets to storm surges and coastal flooding."

The mangrove forest is a critical part of the ecosystem and its loss is a fundamental problem for the future of the nation and will need to be addressed in a serious manner going forward.