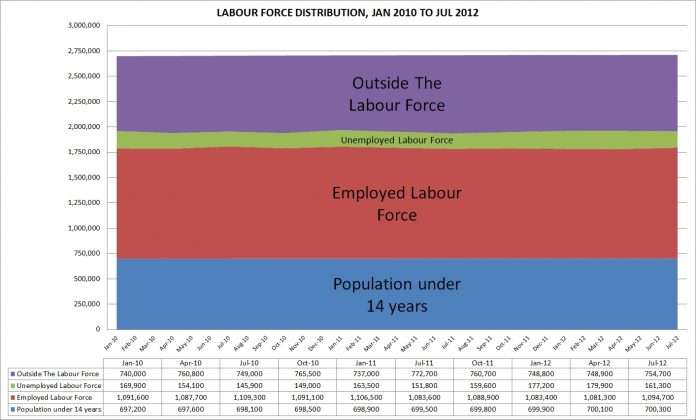 *Data courtesy of the Statistical Institute of Jamaica

The Image shows Labour Force Distribution over the period January 2010 to July 2012.  Click on the Image to enlarge.

The Motion Chart shows the Labour Force Distribution in January of each of the years presented.  Click on the circle before starting the animation in order to track the change over the period.

Although unemployment is a key measure of the economy, one must keep track of those Outside of the Labour Force.